NEW YORK, 2016-Jan-18 — /EPR Retail News/ — The International Council of Shopping Centers (ICSC) released its Holiday Consumer Purchasing Trends study today, providing insight into shopping behavior during the 2015 holiday season. Physical stores drove sales with 91 percent of consumers choosing brick and mortar retailers this season. The strength in brick and mortar is largely due to the technological advancements on the part of retailers and the savviness of consumers.

“Looking back at the holiday season, the major trend that emerged is the prevalence of the omni-channel consumer and the resulting convergence among brick and mortar and digital retail,” said Tom McGee, president and CEO of ICSC. “The story of bricks vs. clicks is an old one. The story is now one of a shopper getting the best of both worlds, using online research and capabilities to inform physical purchases. The American consumer has sent a clear message that the physical store remains at the epicenter of the shopping experience.”

The 2015 ICSC Holiday Consumer Purchasing Trends Study was conducted online by Opinion Research Corporation on behalf of ICSC from December 28-30, 2015. The survey represents a demographically representative U.S. sample of 1,014 adults 18 years of age and older. 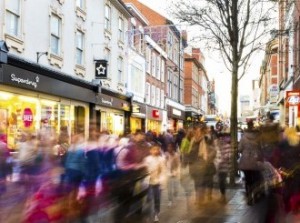