GRAND RAPIDS, Mich., 2016-Apr-20 — /EPR Retail News/ — Meijer is offering customers across the Midwest a chance to co-star in an upcoming television commercial that will debut later this summer.

All customers need to do is submit photos showing how Meijer supports their home team – from Little League to the big leagues – through a contest application on the Meijer Facebook page. Ten winners will receive $100 Meijer gift cards and all photos have the chance to appear in the commercial, announced Nicole Laughlin, vice president of brand development and marketing.

“Meijer is a Michigan company that’s committed to making the communities we serve better places to live, work and play,” Laughlin said. “We are pleased to support thousands of athletic programs across the Midwest, including hundreds in Michigan, through sponsorships of scoreboards, uniforms, sports equipment and concession stands. We look forward to sharing those partnerships in our advertising.”

The commercial is scheduled to debut later this summer, and will feature images of athletic teams the Grand Rapids, Mich.-based retailer supports. The Home Team contest is open through May 1. Entries can be submitted at www.Facebook.com/Meijer.

This is the second time in 2 years that Meijer has enlisted its customers to submit photos to appear in a commercial. In 2014, Meijer selected 28 photos – out of more than 3,200 submissions – for a 30-second commercial featuring the retailer’s iconic penny pony, Sandy. Four additional youngsters were chosen for a 60-second version that lived online. 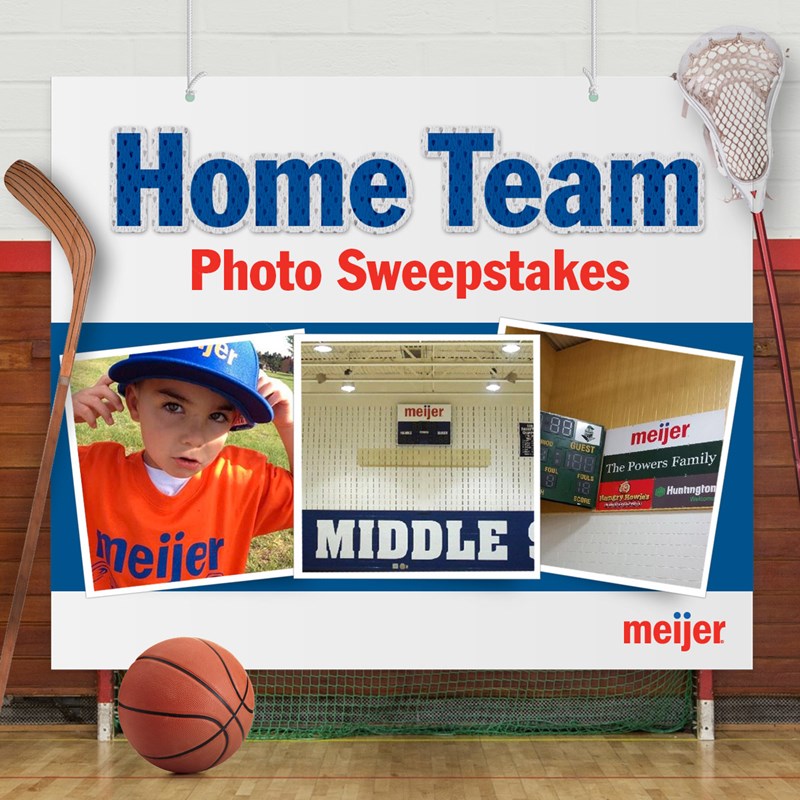 Meijer customers can co-star in its TV commercial