CHESHUNT, England, 2016-Aug-03 — /EPR Retail News/ — Tesco will offer children free fruit while their parents are shopping in store, as a ‘little help’ for kids to eat more healthily.

The initiative, which is being launched in over 800 Tesco stores across the UK, is aimed at creating healthy eating habits among kids that will stay with them as they grow up, and to make it easier for children to get the fruit and vegetables they need.

The Government recommends that children – like adults – eat at least five portions of fruit and vegetables every day. But research has shown that only 10% of boys and 7% of girls between the ages of 11 and 18 meet the 5-a-day recommendation. On average children in England eat only about three portions, with many eating fewer.

Participating stores will have a selection of fruits available including apples, soft citrus and bananas for parents to take to give to their children.

The move comes after Maria Simpson, a Tesco checkout colleague from a store in Lincolnshire, suggested giving free fruit to parents for their children to eat during shopping trips as an alternative to sweets. The idea was taken up by the store and was so well received by customers that Tesco decided to trial the initiative in Scotland to see how it might work on a bigger scale.

Matt Davies, Tesco CEO for UK and ROI said:
“We’re Britain’s biggest greengrocer, so we want to make it easier for parents to get their children eating more healthily.”

“As a Dad, I know it can be tricky getting children to eat their fruit and vegetables, so we’re hoping this initiative will help create healthy eating habits that will stay with children as they grow up.”

The initiative has been welcomed by health experts and charities.

Simon Gillespie, Chief Executive of the British Heart Foundation, said:
“A healthy diet can help reduce the risk of heart disease, the UK’s single biggest killer. It also prevents you from gaining weight, reducing your risk of Type 2 diabetes and high blood pressure.”

“It’s great to hear about Tesco’s new ‘Free Fruit for Kids’ initiative. It’s a positive step towards improving children’s health throughout the UK and helps parents ensure their children get their five portions of fruit and vegetables every day.”

“This initiative complements the work we’re doing with Tesco and Diabetes UK through our National Charity Partnership. Everyone should aim for a balanced diet and it’s really positive to see Tesco giving families a helping hand again.”

Helen Dickens, Diabetes UK Interim Director of Prevention of Type 2 diabetes, said:
“Eating fresh fruit is an important part of a healthy diet, and this exciting new initiative from Tesco will make it even easier for parents and children across the country to swap less healthy snacks for one of their five a day.”

“Unhealthy diets and being overweight can lead to serious health conditions like Type 2 diabetes which is largely preventable by eating well and getting active. We welcome Tesco’s ongoing commitment to making the healthy choice easier for all their customers.”

The initiative marks the latest step in Tesco’s drive to make it easier for colleagues and customers to eat more healthily. 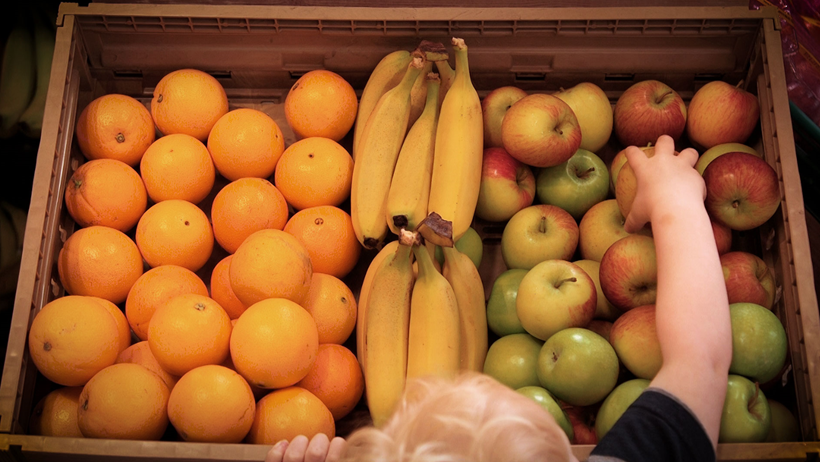