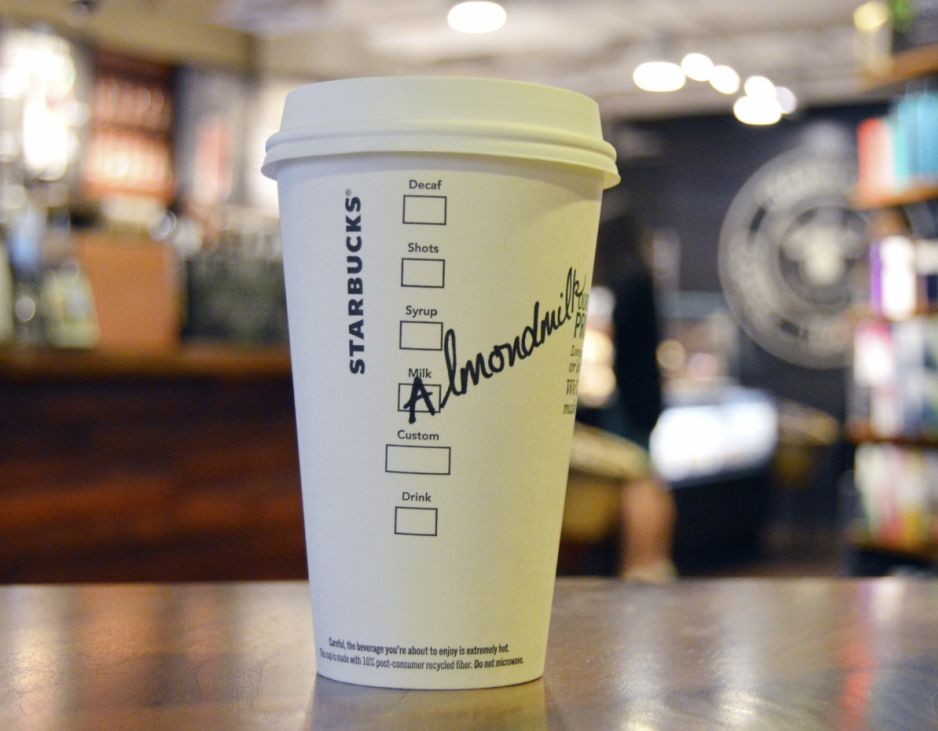 Seattle, 2016-Aug-13 — /EPR Retail News/ — On My Starbucks Idea, the company’s platform for crowd sourcing customer and barista suggestions, thousands of ideas are submitted and voted on each year. Next month, one of the site’s top customer product requests is arriving in Starbucks stores.

Starting September 6, Starbucks Almondmilk will be available in more than 4,600 stores as a non-dairy alternative, in addition to soy milk and coconut milk. Almondmilk will initially be available in company-operated and -licensed stores in the Pacific Northwest, Northern California, New York, Northeast and Mid-Atlantic regions, kicking off a nationwide roll out that will be complete by the end of September. It will be available for use in Starbucks handcrafted beverages, including hot or iced drinks and Frappuccino® blended beverages.

“We created our own almond milk recipe to complement our hot, iced and Frappuccino® blended beverages,” said Yoke Wong, manager on Starbucks beverage R&D team. “It was designed so that when steamed, it creates a rich foam for hot beverages and is delicious and creamy when served in cold beverages.”

Almondmilk is sure to inspire other customizations from Starbucks customers who consider it their preferred non-dairy option. More than half (58 percent) of all U.S. adults consume non-dairy milk, and almond milk is the most popular option with 60 percent of the non-dairy market, according to Mintel Data, which tracks grocery shopping habits.*

“The almond butter in our almondmilk adds body and complements the roasty notes of espresso,” Wong said. “Because it’s unflavored, customers can customize to their taste preferences.”

Starbucks Almondmilk has light almond notes without any added flavoring. An 8-ounce serving has just 3 grams of sugar, compared with 12-13 grams of naturally occurring sugar in 2 percent dairy milk. It can be used in any handcrafted Starbucks beverage for an additional 60 cent charge.

Starbucks is following the latest industry approach by spelling non-dairy milk alternatives as one word, almondmilk, rather than two words.