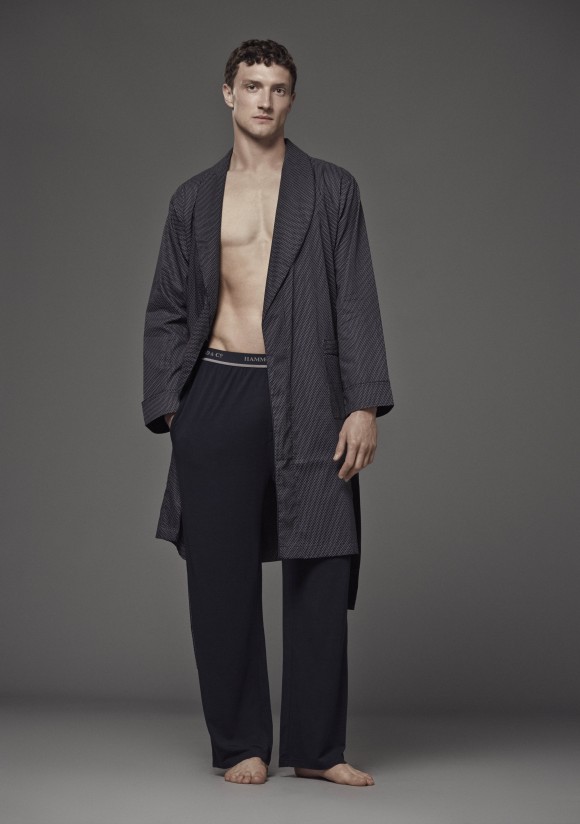 LONDON, 2016-Sep-14 — /EPR Retail News/ — Debenhams AW 16 fashion offer benefits from an extension to the successful Hammond & Co. line into underwear and loungewear as well as a number of new concessions added online.

Hammond & Co., the incredibly successful menswear range by Savile Row tailor, Patrick Grant extends into loungewear and underwear with a 35 sku offering across 43 stores. The brand, which launched in September 2013 and was quickly rolled out to a current total of 123 stores offers cotton satin weave pyjamas, loose fit sweat tops and pants alongside towelling gown and suede-wool mix moccasin slippers. The underwear range includes cotton modal and cotton weave boxer shorts in black, white, navy and burgundy. Paul Baldwin, Trading Director for Menswear says, “Hammond & Co. has been the most successful debut Designer in Debenhams history and appetite for the brand is such that an extension into underwear and loungewear was a natural step. The new lounge and underwear range delivers the trademark classic and contemporary mix and offers a credible brand to customers in a new product category.”

Also added to the AW 16 season are a range of new concession brands. Menswear brand, Jack and Jones which launched in 14 stores in 2015 is added to an additional 18 sites as well as clothing ranges previewing online. Little Black Dress, Celuu, Live Unlimited and Scarlett and Jo and Jane Norman, are also added for the season.

Sarah Savva, Director of External Business says, “A strong brand proposition is key to the Debenhams offering and we are seeing lots of partners wanting to extend their offering to our customers. Our ability to work with established brands such as Jack and Jones to emerging brands such as Little Black Dress enables partners to tap quickly into a new marketplace at scale.”

In addition to the extended fashion offer, exciting new coffee and casual dining options have continued to roll out across the estate with five additional Costa sites, three Patisserie Valerie cafes and Franco Manca launcing in Westfield over the last two months. Insomnia will also open coffee

bars in Cardiff and Bristol this Autumn/Winter. The brand is already operating in Bradford, Rugby and Cork.