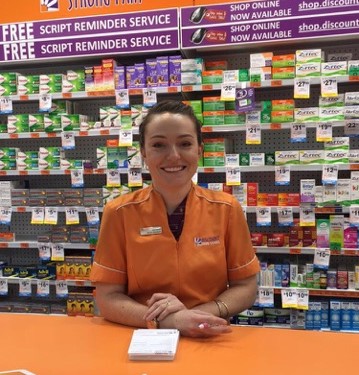 Natanya, who won the Queensland PATY Awards in August, said she was thrilled to have won the national award.

“I have spent 10 years in the industry and to win the national award from such a competitive field is an honour,” she said.

“Being a pharmacy assistant is such a rewarding job, the role drives us all to do an amazing job and we should be proud of what we bring to others’ lives. I just want to continue to give back!”

Ryan Brydges, owner of Aspley Discount Drug Store, said that Natanya is an outstanding Pharmacy Assistant whose commitment to both customer service and leadership is exceptional.

“At Discount Drug Stores our core mission and values is about making a positive impact on the health of our local communities, and Natanya truly embodies and exemplifies those values.”

“It’s her dedication to customers which has seen Natanya beat over 580 nominees and 26 finalists to win the Queensland award and then the entire national field to be named the National PATY Award winner.”