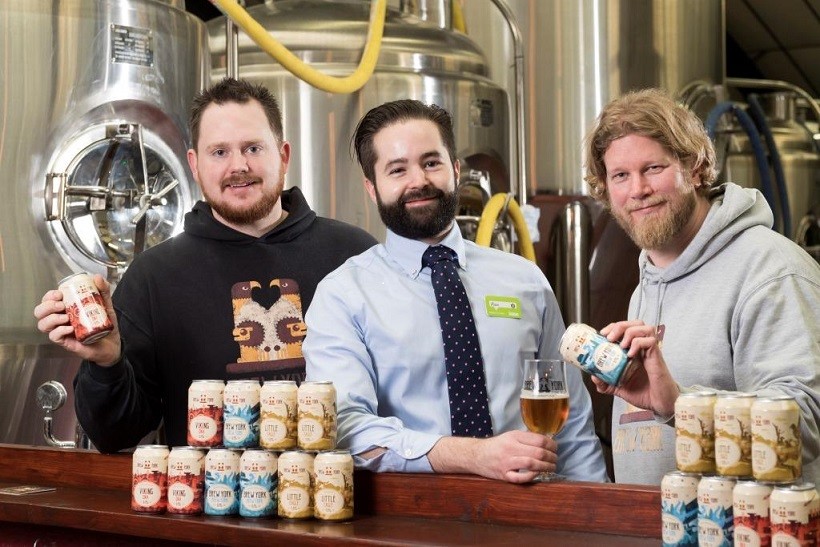 LEEDS, England, 2017-Mar-21 — /EPR Retail News/ — The trend for craft beer continues, particularly for a small Craft Brewer in York, which is celebrating after securing its first national listing with Asda that will stock a variety of beers, brewed just off Walmgate, in 83 of its stores in England and Wales.

With three new lines launching on the shelves, Yorkshire based Asda is aiming to lead the way in supporting local brewers, as the demand for craft bee amongst consumers continues across the United Kingdom.

Brew York officially opened in April 2016, and is located in York’s bustling city centre; a showpiece ten barrel craft brewery and tap room, which celebrates the best local ales and redefines the city’s position in the UK brewing scene.

Founders Wayne Smith and Lee Grabham have a shared passion for beer and are realising a long lived dream to create a brewery in the centre of York; where the experience and location is as enjoyable as the beer itself.

It wasn’t all plain sailing for the pair, who narrowly escaped the post-Christmas floods of 2016, when their premises in Walmgate, just feet from the River Foss, were indeed flooded. Luckily for Wayne, Lee and the city of York, no stock or brewing equipment was in the building at the time.

Using only natural salts to ensure the perfect balance of brewing water for each beer style without the use of any processing aids of animal origin, all beers are both naturally pure and vegetarian friendly.

Lee Grabham, co-founder of Brew York, commented: “We are delighted to have secured our first national listing with Asda.

“Although we’re a young microbrewery, we are not even one year old yet, this new deal is a great example of the supermarket’s commitment to supporting Yorkshire suppliers, no matter how big or small the brand.

“Yorkshire provenance and taste is important, but what makes our brews stand out from the rest is our generous blend of the finest ingredients and our ethical stance in our approach to brewing.”

The new deal will see the following lines stocked in stores across England and Wales:

“The new Brew York lines we have launched are all premium quality and will give customers in urban craft hotspots across England and Wales access to a local craft brewer that they wouldn’t usually have access to.”

Last year, 13 Scottish breweries secured new deals with Asda to stock a variety of beers in Scottish stores across Scotland, with a contract value of £850k between them.