The Instituto Carrefour devises initiatives designed to help reduce social inequality in Brazil. One of its tasks will be to promote dialogue among the structures that represent various sections of the general public, thereby helping them to gain a foothold on the job market. The organisation will also help set up tripartite partnerships between NGOs, companies and public authorities so as to support social projects to tackle discrimination.

A call for people to initiate projects to promote diversity

A call for projects funded by the Carrefour Foundation with the help of a €100,000 grant will be issued at the “Diversidae e Inclusão” Forum. Its aim is to find high-quality people to promote initiatives who, having won, will then be able to get support from the Instituto Carrefour.

To apply, the projects selected must be about food, an area in which the Carrefour Foundation operates, they must be aimed at people suffering from exclusion, they must be located near Carrefour stores and they must have a positive impact at either regional or national level. 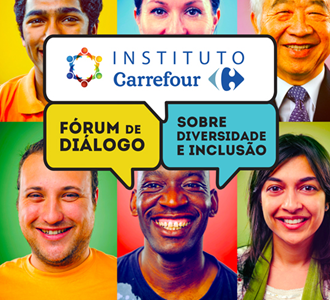