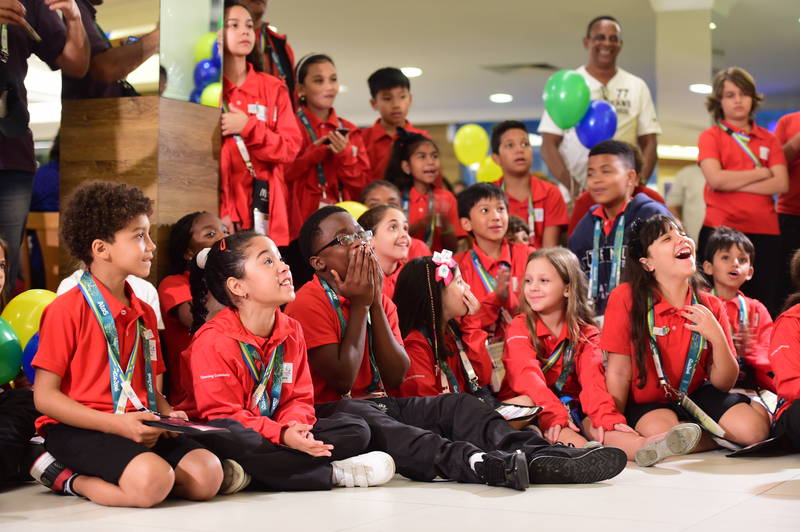 RIO DE JANEIRO, BRAZIL, 2016-Aug-09 — /EPR Retail News/ — McDonald’s is honoring the spirit of friendship that is at the heart of the Olympic values by celebrating nearly 100 kids from around the world with a once-in-a-lifetime, and first-ever, opportunity to participate in an Opening Ceremony at the Rio 2016 Olympic Games. The McDonald’s Olympics Kids will walk in the Parade of Nations at Rio’s famed Maracanã Stadium in front of 80,000 live spectators and billions of television viewers worldwide.

In addition to walking in the Parade of Nations, the McDonald’s Olympics Kids are experiencing Olympic events and enjoying activities around Rio. Nearly 100 kids, aged 8 to 12 years old, will be participating from 20 countries around the world, including: Argentina, Australia, Brazil, Canada, Chile, China, Costa Rica, France, Germany, Guadeloupe, Indonesia, Japan, Martinique, Mexico, Panama, Puerto Rico, South Korea, Thailand, U.K., and U.S. Each country held their own local promotion to select kids to represent their respective country.

The McDonald’s Olympics Kids from the U.S. and Canada were selected by Ronald McDonald House Charities as having overcome great adversity and McDonald’s is proud to celebrate these remarkable kids and their commitment to friendship.

About McDonald’s and the Olympic Games
McDonald’s commitment to the Olympic Movement began in 1968, when the company airlifted hamburgers to U.S. athletes in Grenoble, France, after they reported being homesick for McDonald’s food. Since then, the company has served its menu of choice and variety to millions of athletes, their coaches, families and fans. Rio 2016 marks the 11th consecutive Games with McDonald’s as the Official Partner, serving Olympic athletes and fans at the Games.

About McDonald’s
McDonald’s is the world’s leading global foodservice retailer with approximately 35,000 locations serving customers in more than 100 countries each day. More than 80 percent of McDonald’s restaurants worldwide are owned and operated by independent local men and women. To learn more about the company, please visit www.aboutmcdonalds.com and follow us on Facebook and Twitter.