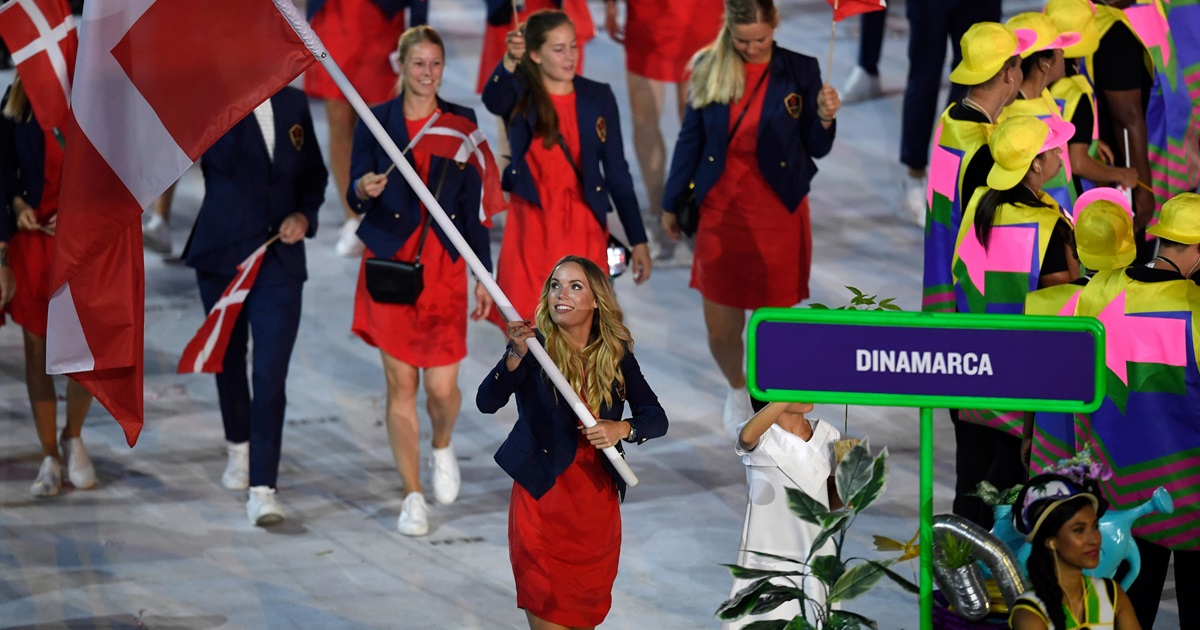 At the opening ceremony, flagbearer and tennis star Caroline Wozniacki looked stunning, as she led the biggest Danish team of athletes since 1996 onto the world stage.

The Danish men were dressed in a stylish blue tailored suit by JACK & JONES Premium with a crisp red and white striped tee underneath to signal Denmark, while still keeping the formality level of an opening ceremony.

The women were dressed in a delicate red VERO MODA dress with a small jacket over the top to match the men’s blazers. The two outfits were further brought together by a unique Danish Rio 2016 emblem on the chest of each of the jackets.

As the athletes prepared in the Olympic village yesterday, employees from BESTSELLER helped out with the final touches and styling of the clothes before the big opening ceremony event., making sure that each athlete looked their very best.

ABOUT THE OLYMPIC PARTNERSHIP
BESTSELLER and its brands VERO MODA and JACK & JONES are proud sponsors of the Danish Olympic and Paralympic athletes. The partnership includes an entire wardrobe for the athletes including opening ceremony wear, casual wear, red and white “Denmark” wear, medal suits and formal reception wear.